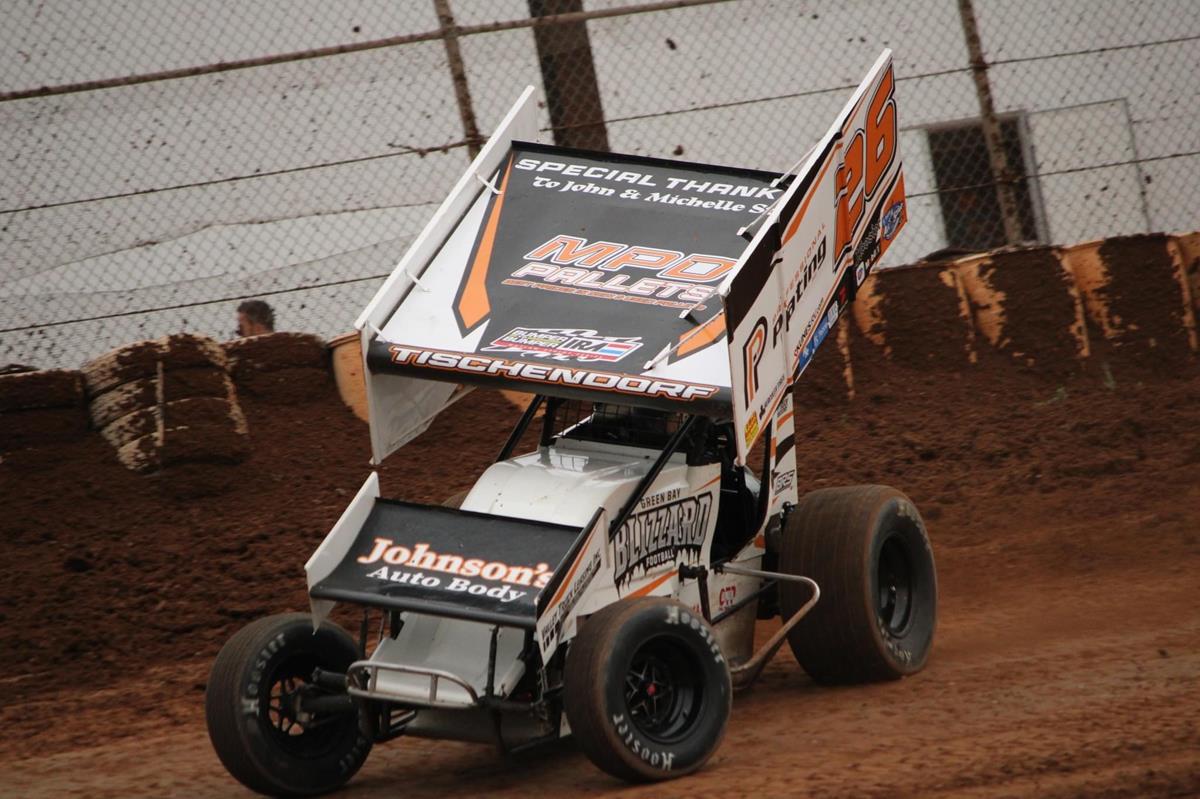 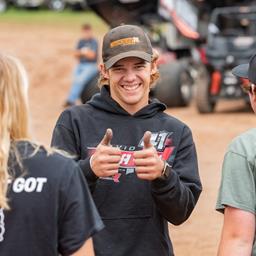 “Look at the names in the Top 5 right now.” IRA announcer Ray Underwood said during a yellow flag stoppage in Sunday’s A Main at 141 Speedway. “Goldesberry, Thiel, Blackhurst, and Neitzel, but check out Tyler Tischendorf! That young man is driving the wheels off that Green Bay Blizzard #26 here tonight.”

It’s safe to say that the IRA has a future star on their hands in the form of the 21-year-old Waupaca, WI native. Tischendorf has come on extremely strong in the second half of the 2022 IRA Sprints season, and this past three-race weekend was by far his best showing to date.

Friday the stars and cars of the IRA headed to the “Horsepower Half-Mile” at the Dodge County Fairgrounds. The Tischendorf Racing team entered the night with little to no expectations, knowing the engine in the #26 wasn’t the most ideal for the ultra-high-speed oval, but the rookie kept his nose clean all night long and brought home a solid 15th place finish.

“Dodge was a bit of a struggle being underpowered,” Tischendorf stated. “But we did what we could, and I learned a lot about how these cars behave on big tracks.”

Tischendorf put in a strong qualifying effort, timing in 11th overall, and nearly won his heat race. The Professional Plating/MPD Pallets #26 led from the start, powering around the outside of Martin and pulling out to a strong lead until a caution for a spinning Jack Vanderboom came out with two laps to go. Restarting ahead of Hampton, Thiel and Martin, Tischendorf maintained the lead until the final circuit when Thiel swept to the bottom and overtook Hampton in turn 4 for 2nd and then Tischendorf into turn 1 as the white flag flew. Tischendorf stayed with Thiel over the final lap and finished 2nd, transferring to the night’s A Main.

“TNT” lined up for the 30-lap affair in the 12th starting spot and quickly found the hooked up bottom side of the 1/3-mile oval. The Green Bay Blizzard #26 powered past the likes of multi-time MSA Sprints Champion and 3x IRA feature winner Danny Schlafer, IRA top contender Blake Nimee and others. Tischendorf found himself following a hard charging Preston Ruh on the low line, until Ruh drifted high off of turn 2 and the white, orange and black #26 snuck by the red, white and blue #26R to take the 9th position right before a massive wreck involving the #87A of Austin Hartmann on the front stretch. Thankfully, Hartmann escaped the wreck without injury.

The race restarted with Tischendorf in 8th, now hounding the #9K of Kyle Schuett who sustained damage in the wreck with Hartmann. Schuett held strong on the bottom though and Tischendorf simply ran out of laps to attempt a move on the 2021 IRA Rookie of the Year and brought the #26 home in the 8th position for his second straight Top 10 finish at Plymouth.

“We had a really good recovery night at Plymouth.” Tischendorf said. “I was mostly happy to just make the A Main with all the quality teams there, and to beat a lot of those teams and bring home another Top 10 was a fantastic result for us.”

Sunday, the results would be even better for the Tischendorf Racing squad.

The night began with the youngster setting a qualifying time good enough for 6th overall out of 28 strong cars, including the same front-runners that ran the night before at Plymouth. The qualifying results meant that all Tischendorf had to do was transfer to the A Main out of his heat race and he would head to the front stretch for the IRA Dash Redraw, and that’s exactly what the rookie driver did, bringing home a 4th place finish in Heat 3.

Tischendorf went to the front stretch in front of a massive crowd at 141 Speedway and more fans watching at home on FloRacing and pulled the pole of IRA Dash #2, a four-lap sprint that sets the outside of the first 5 rows for the night’s 30 Lap A Main. There was good news and bad news though, as Tischendorf would be leading an absolutely stacked 5 car field to the green. Scotty Thiel, POWRi National Midget Champion Jake Neuman, eventual feature winner Jordan Goldesberry and Zach Hampton all drew for spots in Dash #2.

At the start of the four lap Dash, Tischendorf pulled ahead of Thiel and moved to the top of the speedway with Thiel, Goldesberry and Neuman close behind and Hampton threatening Neuman for 4th. While the other four extremely fast contenders battled for 2nd on back, Tischendorf had clear skies and pulled to a 1.115 second advantage over Thiel by the checkered flag. The Dash victory was the first of Tischendorf’s career and put the #26 on the outside pole for the A Main. After the checkers, Thiel pulled up next to the rookie and offered his congratulations in the form of an emphatic “thumbs up” to the Green Bay Blizzard #26.

“Scotty has helped us out so much this year with setups and has helped me personally with driving advice and general knowledge.” Tischendorf said after the night’s events. “It’s so cool to be able to race up front with him and I’m glad we got to do even more of that in the A Main.”

The 30 Lap IRA Feature got off to a nearly unbelievable start for Tischendorf. The 21-year-old rocketed around pole sitter Scotty Neitzel to take the lead on lap one and for 16 more circuits the #26 showed the way at the front of the field. The rookie showed race craft beyond his experience, surpassing lapped traffic with ease for lap after lap. However, Thiel began to close in as the race passed the halfway point. On lap 17, Thiel threw a massive slide job on Tischendorf for the lead, with the #26 crossing underneath the #73 and attempting a slider of his own to take the lead back in the next set of turns, but Thiel was too strong on the top side and pulled ahead to take the lead.

The battle for the lead allowed third running Goldesberry to close in and the Rockstar Energy Drink driver threw a move of his own at Tischendorf for 2nd on lap 20. This time, the lapped car of Jett Mann was running on the bottom of the 1/4-mile surface and prevented Tischendorf from mounting a counterchallenge. Just a few laps later, the Waupaca, WI driver found himself in a war with 2x and defending IRA Champion Jake Blackhurst for 3rd, with both drivers exchanging moves for the position as the yellow flag flew for an incident on the front stretch involving Danny Schlafer and Kris Spitz.

The race got back underway with 4 circuits remaining and Tischendorf sitting in the 4th position. Over those final laps, the rookie fought tooth and nail with Blackhurst, Neitzel, 2016 IRA Champion Jeremy Schultz and Jake Neuman for 3rd, 4th, 5th and 6th. The battle with Neuman lasted right until the final lap when Tischendorf rocketed around the high side to take the 6th position back from the #3N at the finish line. The 6th place result would have satisfied most drivers in Tischendorf’s position, but the young driver found himself with mixed feelings after the weekend drew to a close.

“It was our best weekend by far in a 410.” Tischendorf said about the triple-header outing. “To be able to put it in the Top 10 twice with the amount of quality cars that came out is incredible for us. I’ve never led more than a handful of feature laps before in my career, and I found myself leading 16 Sunday night. That’s almost unbelievable and it will probably take a while to set in. To be able to win a dash like that and be so close to a Top 5 in our rookie year is something I didn’t expect. I really wanted to be on the podium tonight after the start we had, but I’m happy with the night overall. I’m extremely proud of this team and very thankful for all of our partners that make it possible for me to live my dream.”

The IRA teams won’t have long to rest after the triple-header weekend, as the series will head north to the Cedar Lake Speedway for the annual Jerry Richert Memorial race on Saturday, September 10th. This prestigious event always brings in some big names from the Sprint Car world, and this year looks to be no different. Tickets will be available at the track, and FloRacing will provide live coverage for those unable to attend. 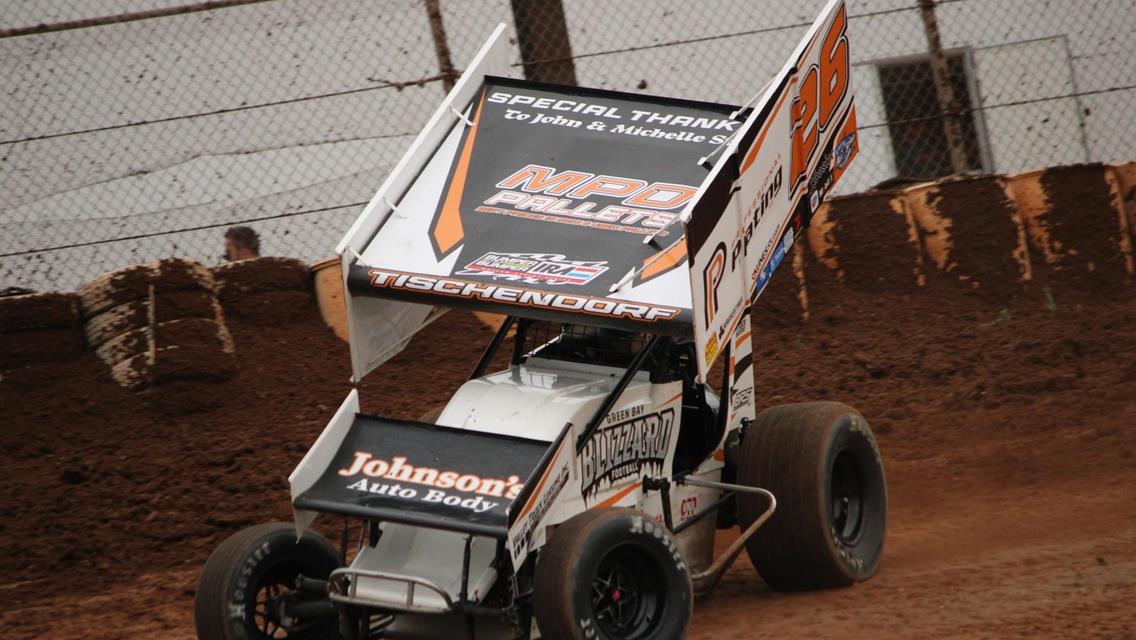 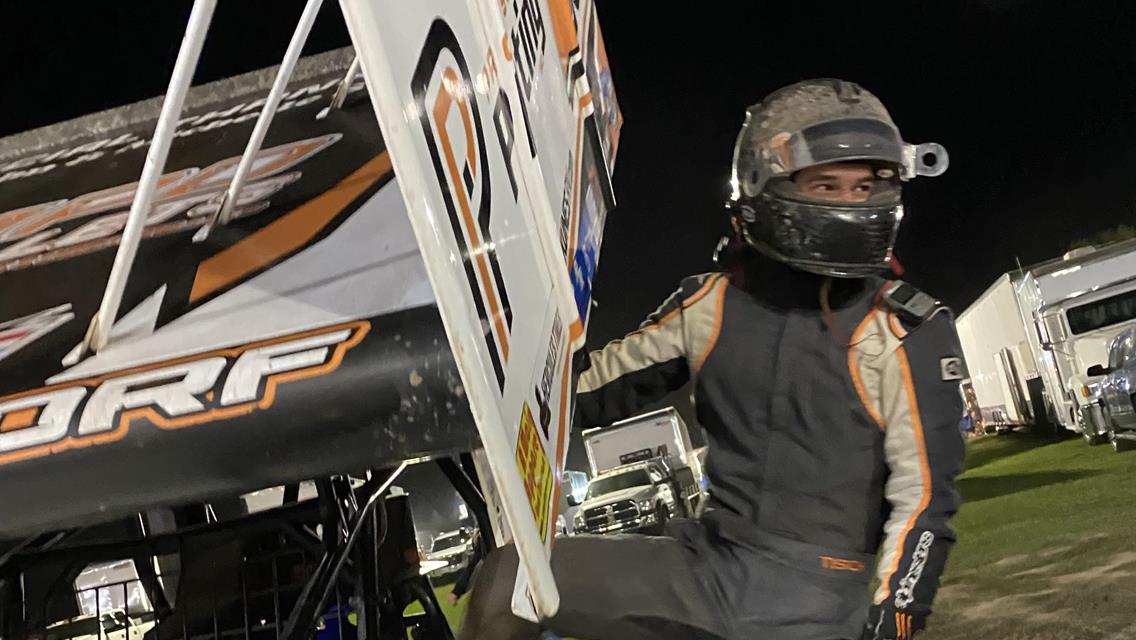 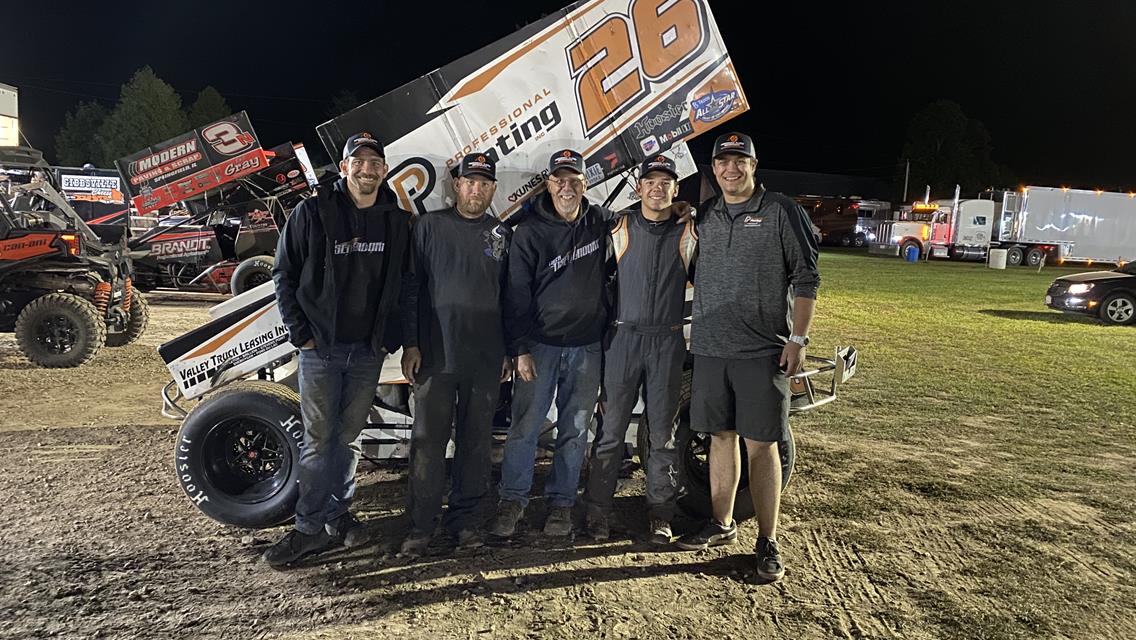