Jordan Goldesberry was honored as 410 Champ, while young Clayton Rossman, and veteran and past series champ Tim Cox were honored as wingLESS champions.

Photographer phenom Dave Olson of Studio 360 Photography designed the 410 (and Rookie) awards as he has done the past several years and provided additional championship and rookie awards for the wingLESS too. Olson also presented the Best Appearing 410 Award to Jeremy Schultz's #5j. Schultz's night got better too as won the annual Maxim Top 10 Giv-A-Way which is a drawing for a new Maxim chassis among Maxim teams who finished in the top 10 in series points.

Goldesberry who made the long tow north every weekend from his Springfield, IL home claimed two victories enroute to his first series title piloting the families Rockstar energy drink Maxim. Goldesberry took home over $11,000 in cash plus numerous contingency awards.

Seventeen year old Rossmann actually tied his mentor in veteran Cox for the title after dueling at the top of the standings all season. Ironically, while not team cars, the two teams do work out of the same shop which made their accomplishments nearly fairy tale.

Veteran videographer Jeff Fischer was honored with the IRA Dedication Award. Fischer who has become a full time videographer filming events all over the country began his career with IRA under the Grandstand Video label, and returned to the series three years ago when the series signed with FLO. Fischer has created a banquet video which traditionally has opened, in style, the past fifteen or so awards banquets.

The IRA Outlaws honor a pair of rookies, and this year it was Jake Neuman, who was a title contender most of the year, and winner of the season finale coming home a solid 5th in points who took the Sage Fruit / Hepfner Race Products Top Apple Rookie of the Year honors. Neuman added $2500 and a HRP wing combo to his night for this award. Neuman's night would only get better as he later won a new Maxim chassis in IRA's popular contingency drawing. Young Tyler Tischendorf who finished 9th in points, just edging fellow rookie Austin Hartmann who came home 10th, captured IRA's Sage Fruit / HRP Apple Cup Rookie of the Year Award earning an additional $1250 plus an HRP nose wing.

All thirty-six teams present (34 were physically present, though all represented) received point fund checks and hardware, and ALL also shared in their respective division's contingency product drawing, and thanks to Alan Hafford for adding to to the wingLESS portion from additional proceeds from the Bill Grogan Memorial event.

Watch for the soon to be released schedules for all 3 IRA divisions as the finishing touches are being finalized, with the 410's kicking off April 7-8 at 34 Raceway, the wingLESS April 29th at the Plymouth Dirt Track, and the Lightning May 13th at Wilmot Raceway. 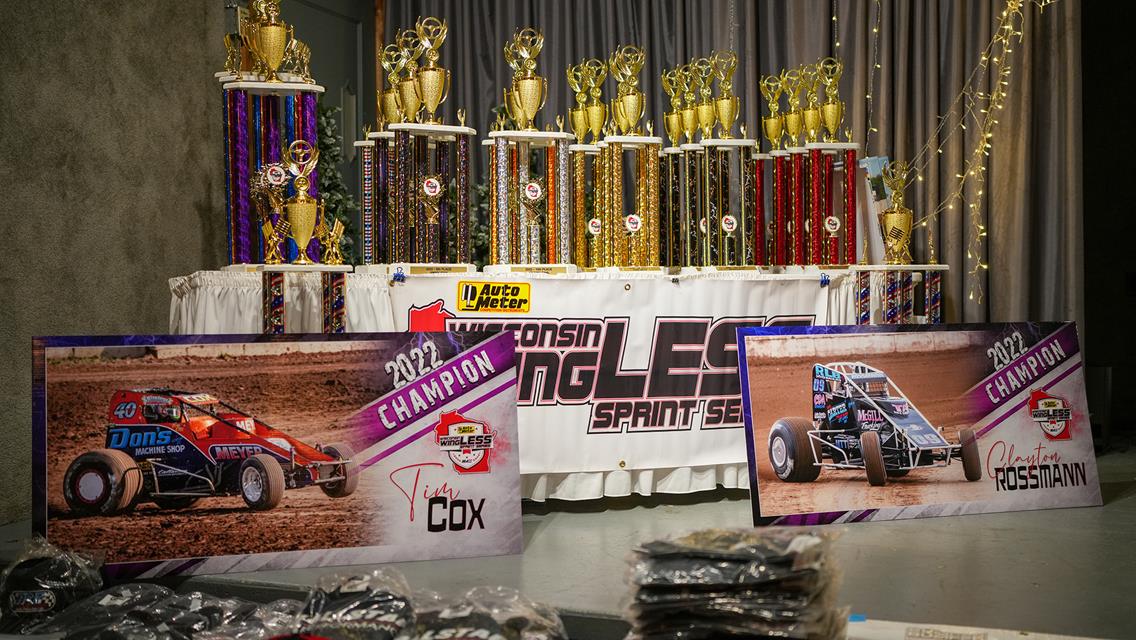 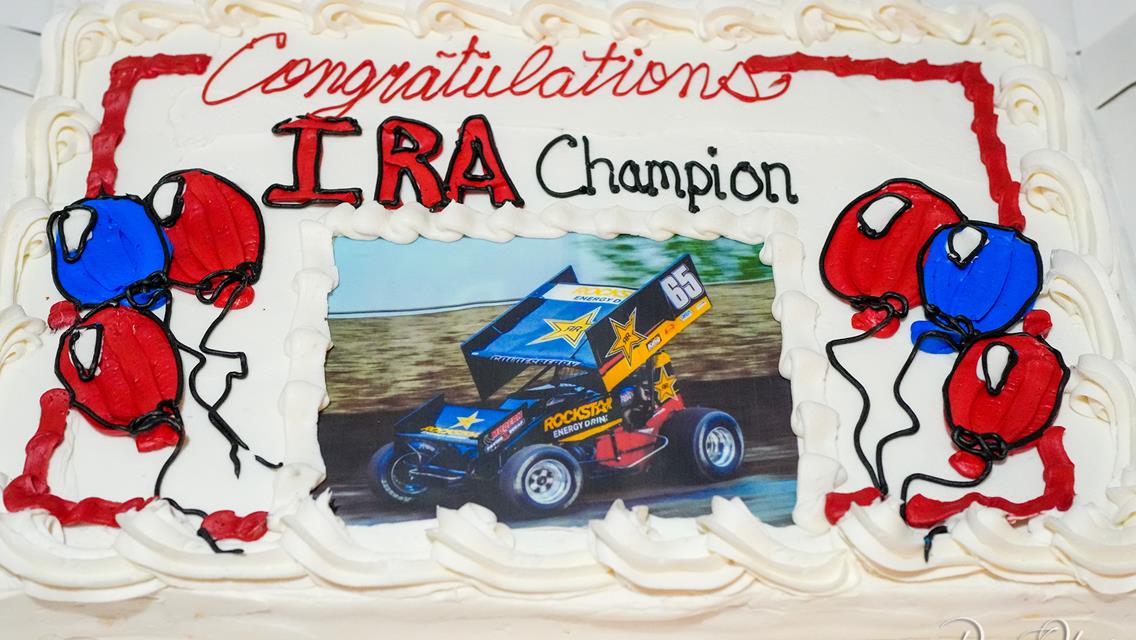 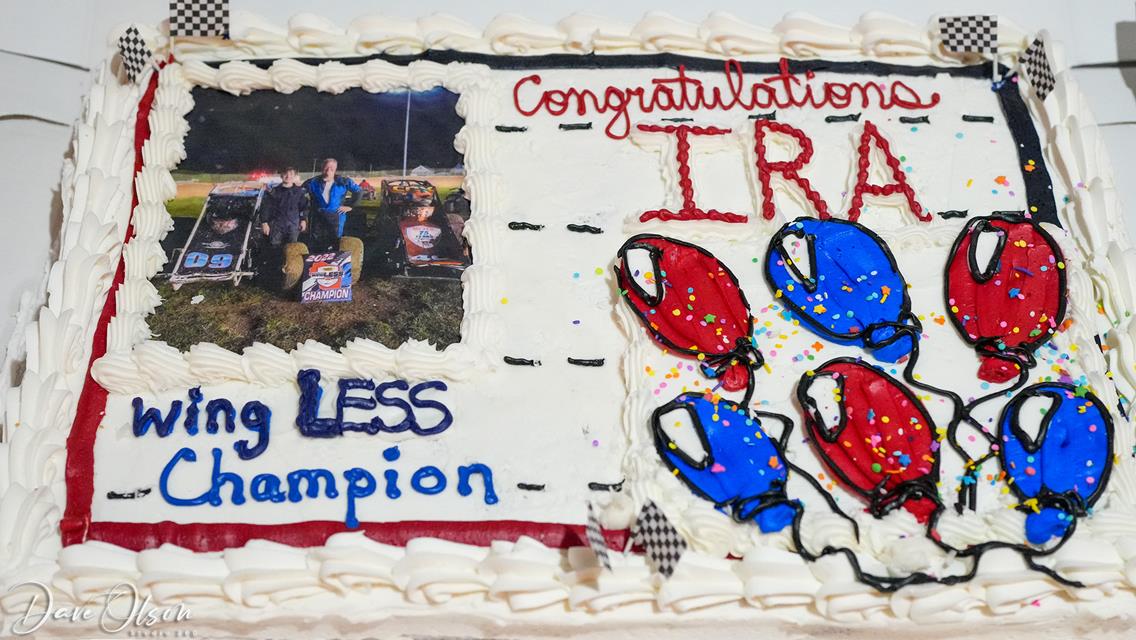 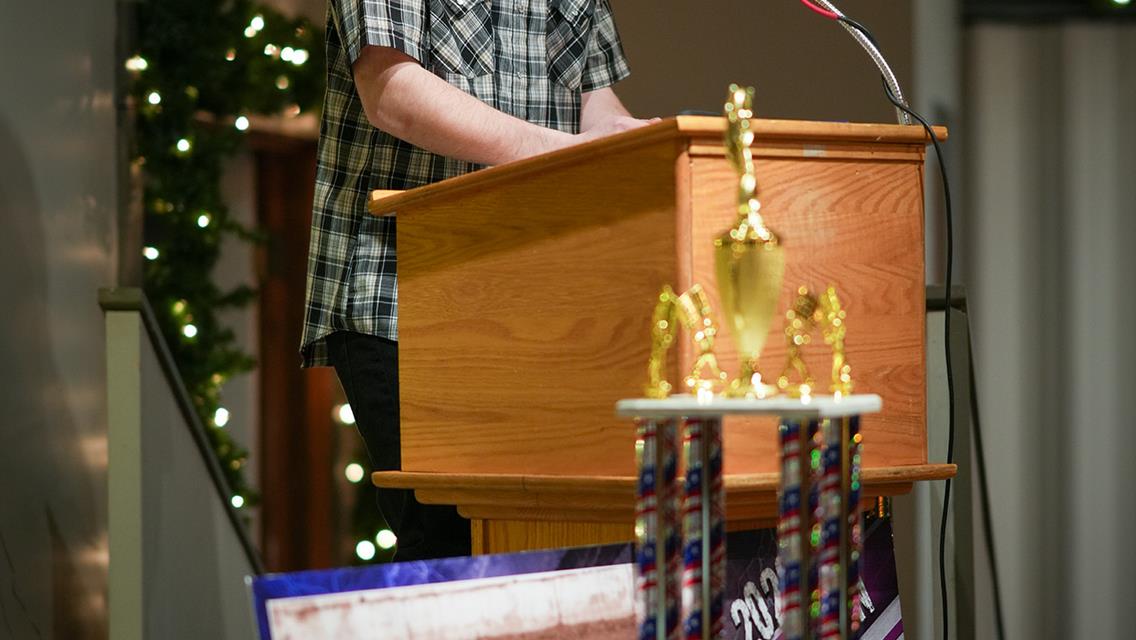 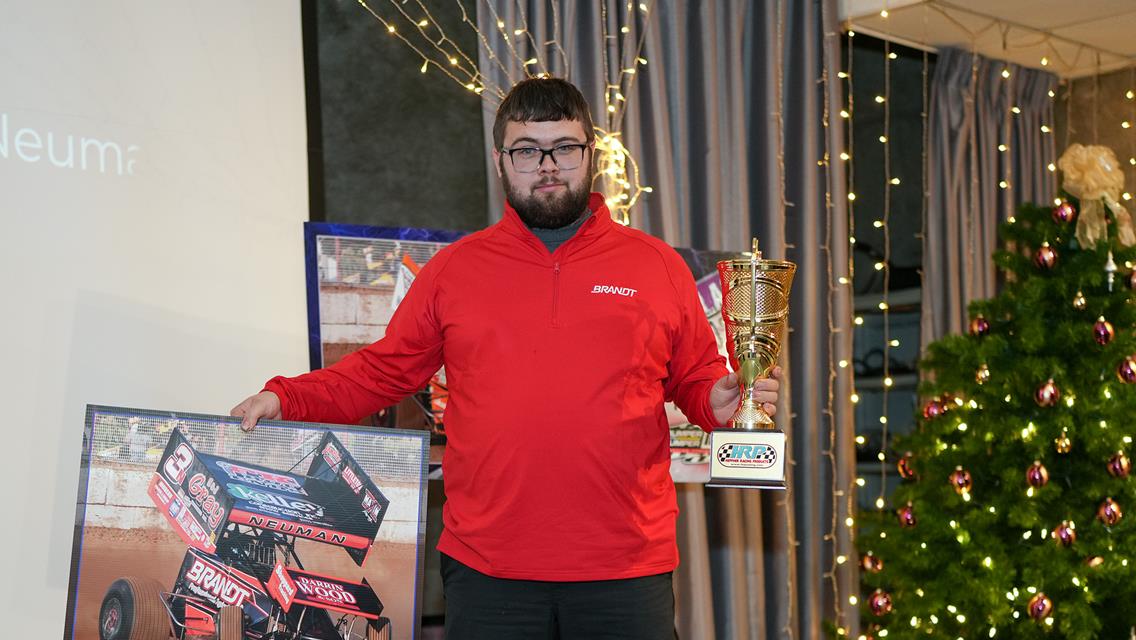 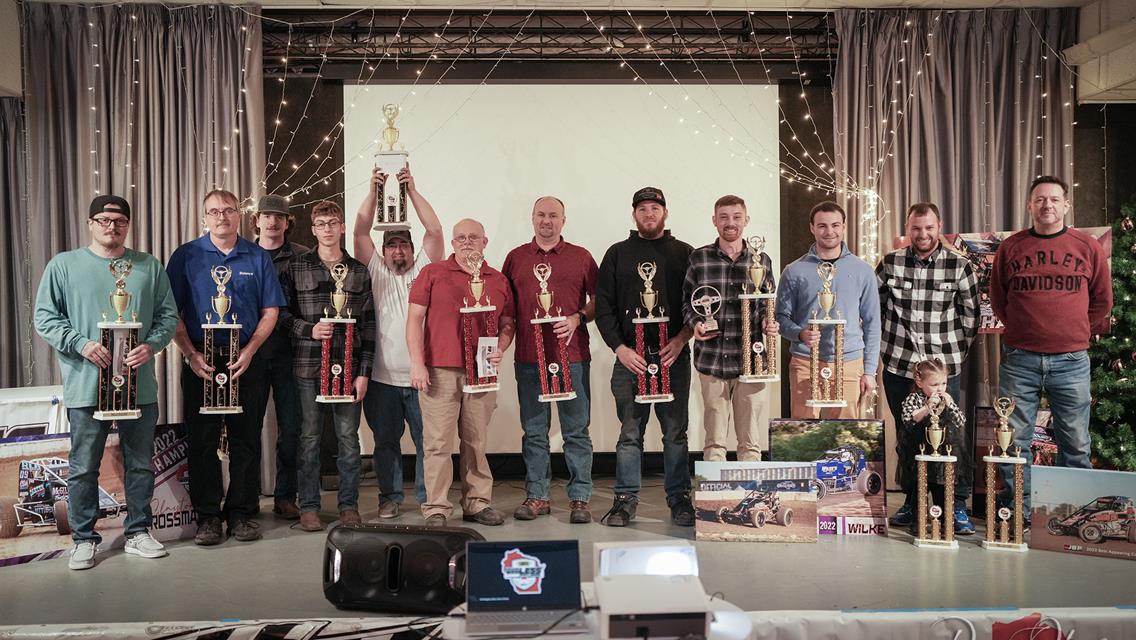 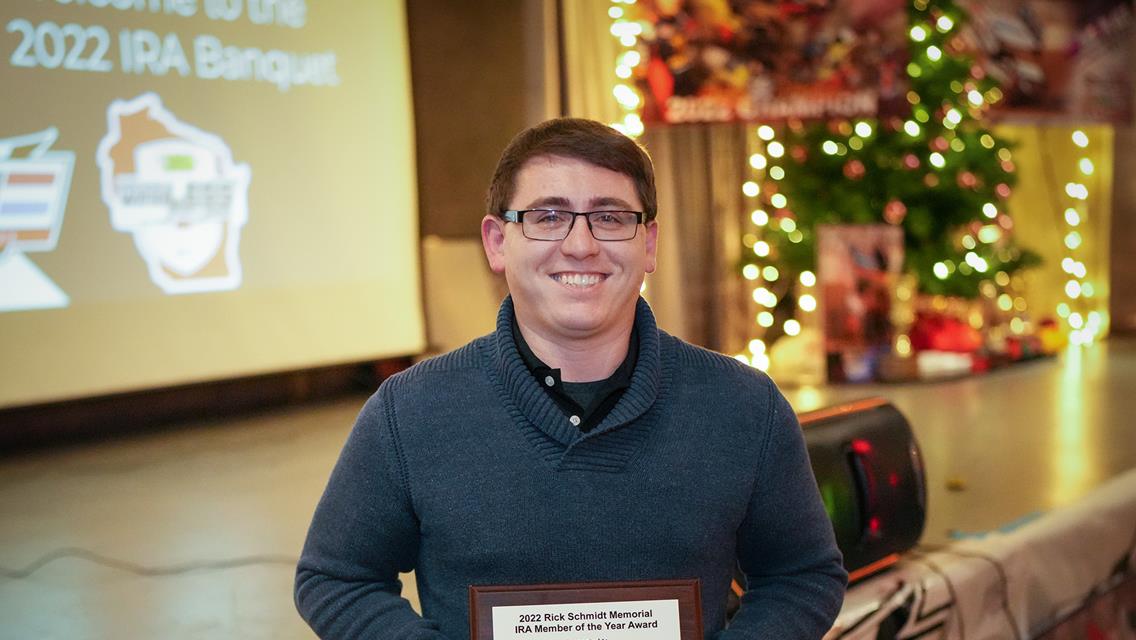 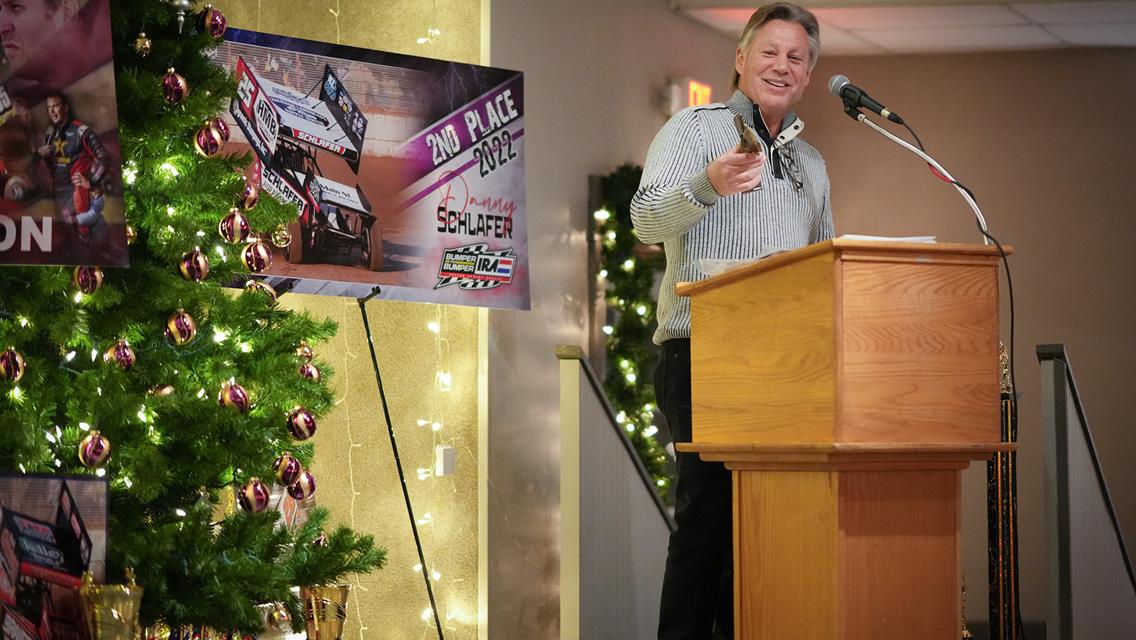