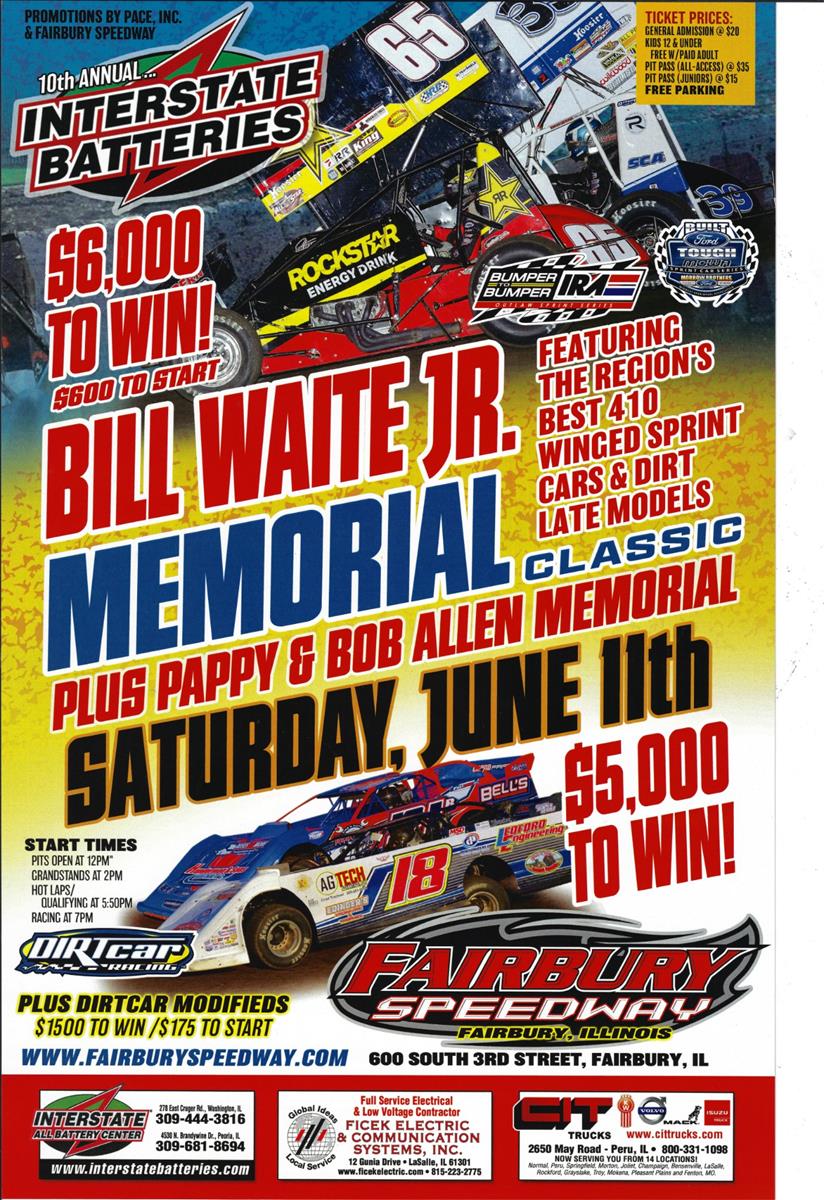 Coming off yet another rain-out at Wilmot Raceway Saturday, the Bumper To Bumper IRA gears up for a big doubleheader this weekend, June 11-12 with annual events, the Bill Waite Jr Memorial at Fairbury Speedway in Illinois, and the Norm Nelson Classic at historic Angell Park Speedway in Sun Prairie, Wisconsin. Saturday, FALS hosts the biggest pay day on the IRA schedule with MOWA joining in on the fun too, as $6000 to the winner and $600 to start is on the line, with this annual event making its' first ever appearance at Fairbury. And for those who've never been to Fairbury, it's worth the trip! $5000 to win UMP Late Models are also on the card creating a rare Sprint / Late Model combo as we pay tribute to the life of Bill Waite Jr. Sunday IRA returns to Angell Park and will be joined by the Badger Midgets in a two-division open wheel tribute to Norm Nelson, the former area racing legend. Racers you do not need mufflers at Fairbury, though you will need IRA legal Schoenfeld mufflers #112535 or current WoO/Knoxville/All Star Schoenfeld's at Angell Park.